Compost handling in agriculture systems: How is compost made? 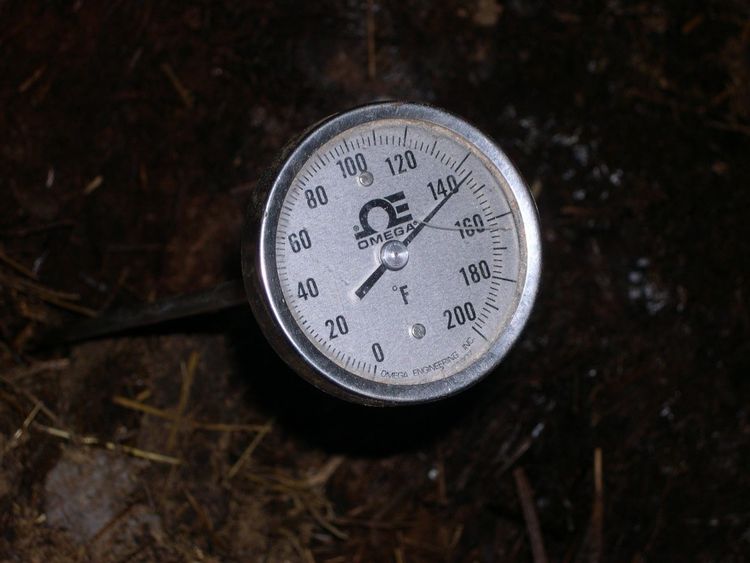 With fertilizer prices increasing, many farmers may look at using compost as a source of nutrients. This article will guide farmers through the process of selecting and utilizing compost in their cropping systems.

Starting with a good foundation for composting means starting with the basics of selecting the right type of compost for a cropping system. This requires an understanding of how compost is made. It is important to note that manure or aged manure on its own is not compost, but manure can be a component of the compost.

By definition, compost is an earthy-smelling, soil-like material that is the end product of the controlled aerobic decay of organic nitrogen and carbon materials. “Controlled” is the operative word here. Compost is produced when water, carbon, and nitrogen feedstocks are controlled, or managed, based on time, temperature, and turns. More information about the significance of time, temperature, and turns can be found at https://www.ams.usda.gov/sites/default/files/media/Compost_FINAL.pdf.

There are four stages in the composting process and each stage involves some aspect of time, temperature, and turning. The first step is to mix water, carbon (C) and nitrogen (N) feedstocks together to obtain a C:N ratio of 25:1 and a moisture level of 40-65%. A rule of thumb is to use two to three parts “brown” (carbon materials such as sawdust and wood shavings) to one part “green” (nitrogen materials such as manure and fresh grass clippings), and then adjust the mix if the pile temperature does not rise.

Feedstocks can move through the first three stages in as little as five days or as long as four weeks. The fourth stage, which is known as the curing stage, can last as little as 90 days, but research studies have shown that compost quality significantly improves when it is cured for at least 12 months.

Compost used on crops sold for human consumption must maintain a temperature of between 131 and 170 degrees Fahrenheit for three days (enclosed system) or 15 days (windrow system), during which period the composting materials must be turned a minimum of five times. The compost pile should then be cured for 90 days.

Finished and curing compost piles should be covered to prevent contamination from things such as rainwater or snow (more on this in part three of this series). There is no time interval recommended between compost application and crop harvest due to the reduction in pathogens by the high temperature phase of composting. If there are any doubts about the compost, it should be treated like raw manure. During the composting process, particle size is reduced, microbes breakdown organic matter, the C:N ratio decreases due to carbon loss, the pH rises above neutral, volume is reduced up to 50-60%, and weight is reduced 40-80%. A source of information on the composting process and how to compost is the On Farm Composting Handbook, which can be found at https://ecommons.cornell.edu/handle/1813/67142.

A reputable compost manufacturer should be able to provide documentation on the number of times a given compost was turned over as well as the length of time and the number of times it reached 131 degrees Fahrenheit or more during the composting process. This is valuable information because it helps the compost purchaser determine the likelihood of viable weed seed and pathogens in the compost.

Knowing if potential viable weed seeds or pathogens is important as certain pathogens and weed seeds can affect crop yield via disease or weeds scavenging vital nutrients that the intended crop needs. It also helps determine the potential ammonia (NH3) level in the compost. High levels of NH3 cause root burn resulting in crop loss. Aged compost is unlikely to have NH3 levels high enough to cause root burn. A reputable compost manufacturer will also provide a nutrient analysis of a compost upon request; however, this should not be interpreted as a guarantee of nutrient content.

Composting standards for different materials can be found at the following sites:

Michigan State University Extension recognizes that animal mortality-based compost should be handled differently than manure and conditionally exempted organic materials. Compost made of animal mortalities do not fall under the GAAMPs; rather the Bodies of Dead Animals Act (BODA). More specifics about proper mortality composting can be found in the Michigan Animal Tissue Compost Operational Standard.

Part one of a six-part series on compost utilization and management on farms.

Other articles in this series: