Give Weak Calves A Boost With a Big Squeeze 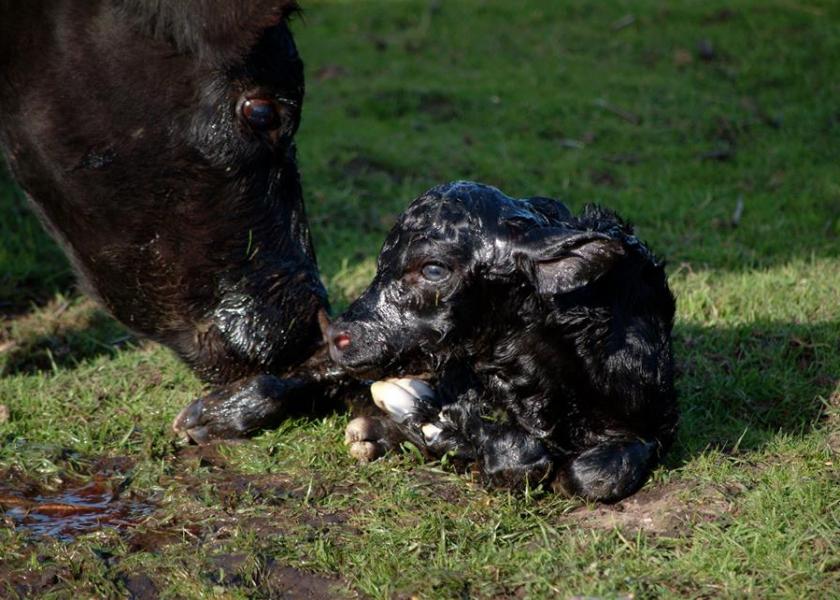 You’ve probably seen it more than once – a beautiful, perfectly formed and apparently healthy calf that just has no interest in engaging in life.

These weak or “dummy” calves are indifferent to stimulus, clumsy, lethargic and have weak or no suckle reflex. Frequently they are the result of a traumatic or Caesarian section birth. They are frustrating to raise, may require multiple tube feedings, and often don’t survive.

As it turns out, there may be a simple, low-cost and effective way to help them, and it doesn’t require a needle, a tube or a chute to administer.

The “Madigan Squeeze Technique” (MST) was developed by Dr. John Madigan, a veterinary professor and equine neonatal health expert at the University of California-Davis. Madigan developed the technique as a part of his research to assist “dummy” foals with similar, early life malaise.

Madigan’s theory is that when animals travel through the birth canal, it causes a surge of hormones that shut down sedative neurosteroids that keep them calm in the womb. Because both cattle and horses are prey species, it is important that they make a quick switch to consciousness so they could theoretically run to safety within a few hours of birth.

The squeeze through the birth canal is thought to help flip a biochemical “on switch” that helps newborns transition quickly from a sleep-like state in the womb to active engagement outside of it. If, for some reason, this transition does not occur, the animal remains quiet, depressed and detached.

The technique itself is performed as follows:

1. Wrap a long, soft rope in three concentric loops around the calf’s chest.

2. Gently pull the rope to create pressure around the ribs. The calf should lie down and will enter a sleep-like state with eyes closed, slowed breathing and lowered heart rate.

3. Maintain this position for 20 minutes.

4. Remove the rope and assist the calf in standing.

The MST simulates pressure in the birth canal during the second stage of labor, which typically lasts 20-40 minutes. It is best to perform the technique within a day or two of birth.

Bovine veterinarian Cassie Faull of Old Dominion Veterinary Services, Ruther Glen, Va., has used the Madigan Squeeze Technique on numerous calves with great success. While she advises it is best to do it the first time with the training of your herd veterinarian, it is definitely a handy skill that can be acquired by experienced calf-raisers.

This video shows the technique being applied to a weak, newborn foal. And an excellent demonstration of how to place the rope can be found here.

A brief study published in the New Zealand Veterinary Journal showed the MST helped two dull, unresponsive calves to wake up, stand and walk toward their dams. One calf received the treatment at 6 hours after birth and one at 20 hours of age. Both were reported to be nursing normally the day after treatment.

In a helpful blog post published by her veterinary clinic, Faull noted that some calves may need the procedure repeated several times throughout the first few days of life. “The Madigan Squeeze Technique may not save every calf,” she said. “But it’s an excellent tool to keep in mind, especially after a long delivery or a C-section.”