How many cows should I expect my bull to cover? 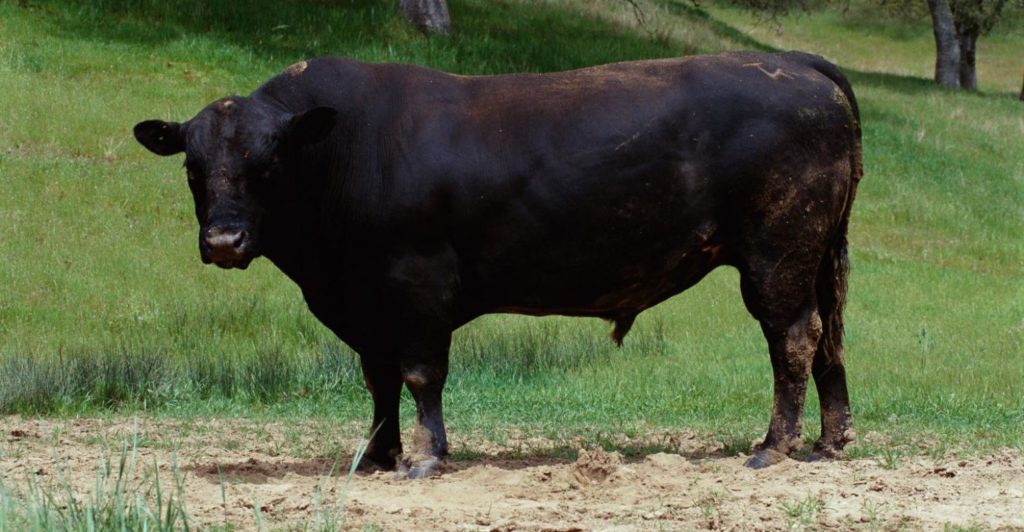 The three major goals of any breeding season should be:

A defined breeding season is important to permit meaningful record keeping, timely management and profit potential.  Maintaining a 60 to 75 day breeding and calving season can be one of the most important management tools for cow calf producers.  A uniform, heavier calf crop is an important reason to keep the breeding season short.  Getting cows bred earlier results in calves born earlier.  Missing an estrus cycle of a single cow is a significant financial loss in calf weight gain the following year.  The extra 21 days until the next heat cycle translates into a younger calf at weaning that is 40 to 50 pounds lighter.  Spread over several cows the losses can grow quickly.  In addition, more efficient cow supplementation and effective herd health programs are a product of a short breeding season.  How do we get more cows settled earlier in the breeding season?  By having adequate bull power on hand to get cows pregnant.

How Many Bulls Do I Need?

Can be answered with another question: How many cows should I expect my bull to cover?  Depending on the age of your bull or bulls, and assuming bulls have passed a Breeding Soundness Examination (BSE), the general rule of thumb is to place about as many cows/heifers with a young bull as his age in months.  For example, a bull that is 12 months old should be able to cover about 12 cows in his first breeding season.  An 18 month old bull should be able to settle 18 or 19 cows.  While a two-year-old bull could be expected to cover up to 25 cows.  Mature bulls normally should be expected to cover 25 to 35 cows per season.  Remember there is normal “prime of life “ for breeding bull.  They need be sound, fit, and athletic to cover terrain and settle cows.  Bulls past the age of 6 are more likely to breakdown.

It is beneficial that bulls to be combined in multi-sire pastures are penned together for at least a few weeks prior to turnout to allow time for a pecking order to be established.  This also leaves enough time to secure replacements if injury occurs prior to turnout.  Injuries occurring during breeding season can spell economic disaster if bulls aren’t getting cows bred.

It is suggested to have all bulls undergo a Breeding Soundness Exam (BSE) prior to turnout.  With the prolonged period of frozen ground in Oklahoma this winter increasing the likelihood of frost bite, BSEs are particularly important to eliminate problems going into the spring 2021 breeding season.  A BSE includes a semen test as well as a physical exam of the entire reproductive tract, eyes, feet and legs, and teeth (if an older bull).