How the coronavirus could affect the American beef industry 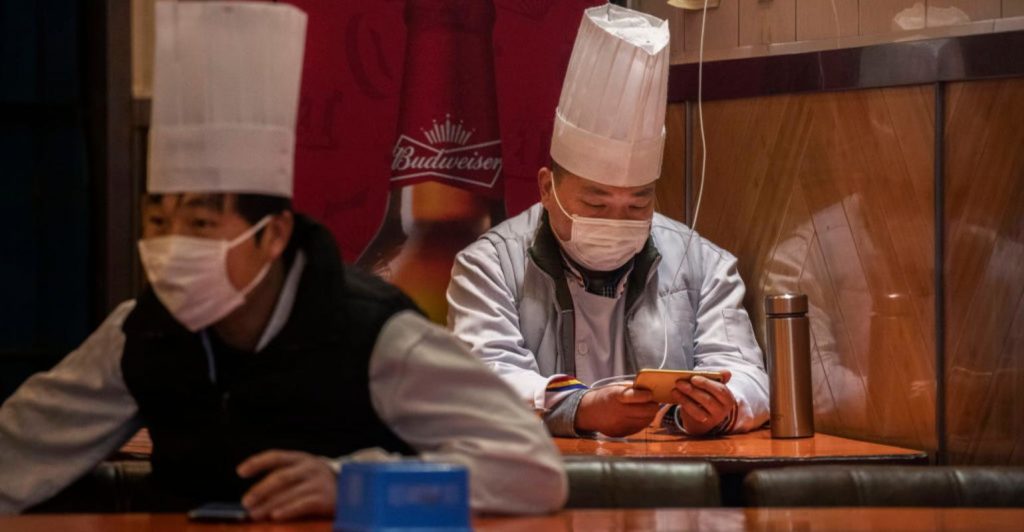 While it’s a multi-faceted issue, the far-reaching effects of the coronavirus outbreak could affect U.S. beef markets.

It’s been about three weeks since I first wrote about the coronavirus in BEEF. The cattle markets had immediately gone down a few dollars a hundred weight and the Dow had dropped over 400 points.

Since that time, the number of cases worldwide has gone up by over 10-fold, and the death toll by more than 15 times. Luckily for the cattle industry, our markets stabilized pretty quickly. Domestic demand has not been affected, the speculators have largely been flushed out of the futures and fundamentals have room to operate.

That is not to say the impact on U.S. beef exports have gone away. They are just longer-term factors. And any impact of the China trade deal is on the back burner in the short term because China is way too busy trying to contain the virus. And it is difficult to determine if they are winning or not, since reliable information out of China is not really in the cards.

The eventual spread of the “Wuhan coronavirus”—now called Covig-19—is unpredictable at this stage by scientists, and, therefore, by economists. And that makes for uncertainty.

The stock and bond markets hate uncertainty. Politicians like to promise certainty. But the public hates uncertainty when the question could involve life or death.

But this is the Chinese Communist Party (CCP) running things. Local CCP community committees are charged with trying to coordinate quarantines, regulate travel and exposure, route the sick and suspected to hospitals or makeshift medical facilities and myriad other details.

Meanwhile, the CCP is busy protecting the party’s image. China’s diplomats have been on the phone trying to get countries to avoid dropping airline service or recommending against tourism to their country. They want to give the impression that the CCP has the situation under control.

Most countries have turned a deaf ear, putting their own citizens first. Some 30 airlines have suspended service.  Many countries are denying permission for Chinese citizens to enter their country. That entails a penalty, as Chinese tourists spend big money in lots of countries, $250-270 billion a year in recent years.

Companies and governments are pulling staffs out of China. American companies in China like McDonald’s and Starbucks have collectively closed thousands of outlets there. Factories that supply chain sources have “extended” the Lunar New Year’s holidays from the customary few days to weeks, to reduce the spread of the disease.  Companies that had already tweaked supply chains to lessen the impact of China’s retaliatory tariffs now are faced with adjusting for parts not arriving from China at all or behind schedule.

While China is a looming trade partner, how Covig-19 affects other countries in the region could be a bigger issue for U.S. beef exports. As American beef’s largest export customer, what happens in Japan is important.

Unfortunately, Japan had already shot itself in the foot before the coronavirus came on the scene. Taking a page opposite our government’s tax policy, Japan implemented a consumption tax increase from 8% to 10% last October.  That hammered domestic GDP.

Fourth quarter GDP was negative more than 6% compared to the prior quarter. The drop was the biggest in five years, since the last time they raised the consumption tax. Damage and disruption from a major typhoon also contributed.

Japanese consumer spending dropped over 11%. January and February are estimated at a small positive 0.5% GDP. The government passed a $120 billion stimulus package last December as part of its Keynesian effort to counter effects of the tax increase. They are hoping to limit the damage to a few tenths of GDP points.

Also a little disturbing, Japan has recently found some coronavirus cases that seem to have no direct connection to China, suggesting a so-called stealth outbreak. They are boosting screening and treatment capacity.

South Korea is our number two export customer and growing fast, just $300 million or so behind Japan. So far, they seem to have escaped serious trouble.

They have reported cases in double digit numbers and no fatalities. They, however, are implementing emergency measures pronto to contain things. China, however, is their number one trading partner and two of their automotive companies have already experienced factory delays because of parts shortages from China.

People huddled at home and not going out results in less discretionary spending, especially on services, economists point out. That’s a particular concern in both Japan and China. Among the industries hardest hit by such public health problems is tourism.

Tourism is significant to American beef producers, as the hotel and restaurant trade is a lucrative customer for high-quality beef. Cruise lines losing current and future revenue will not be loading up on the best cuts for a while.

A key part of beef exports is variety meats popular in Asian countries but not in the U.S. Those cuts are important contributors to the value of the total carcass. People staying at home will eventually be shopping somehow at retail, but restaurant traffic will take a while to recover.

Medical experts and economists have been trying to base predictions on the coronavirus on experience with the SARS virus of 2003. The medical comparison is important because while this coronavirus is less deadly on a percentage basis than SARS (2% vs. 10%), it is more contagious. The coronavirus has already infected more people and killed more people in much less time.

Economic comparisons are more difficult. China was a much smaller slice of global GDP in 2003 than now ($4 trillion vs. $16 trillion). Depending on sources and assumptions, China accounts for somewhere between 17% and 24% of worldwide GDP now, more than the U.S.

China has grown from the sixth largest economy in 2003 to the second largest. China accounted for 39% of global growth in 2019, according to the International Monetary Fund. The predictions from some say even a half-point drop in China’s GDP would be very significant globally.

China has become the second largest importer globally over the last decade, exceeding $2 trillion in 2018. It has become the world’s largest exporter, at $2.5 trillion.

Still, the major damage is expected to be short-term. Economists are expecting a minimum drop in first quarter U.S. GDP of nearly half a point, with a pick-up in the second quarter. Chinese GDP in the first quarter is estimated at just under 5%, a full notch lower than the 6% previously expected.

Global growth is estimated at a negative 0.8% in the first quarter and a positive 0.5% in the second quarter, according to one world market forecaster, IHS Markit. That’s if China keeps the current high-risk areas locked down in quarantine for all of February and phasing out in March.

We will discover how intrinsic China is to our economy in the short run. But if China gets this outbreak under control soon, the long term should be better and folks will be eager to get back to normal.