How to Adjust Feed Resources and Reduce Hay Waste 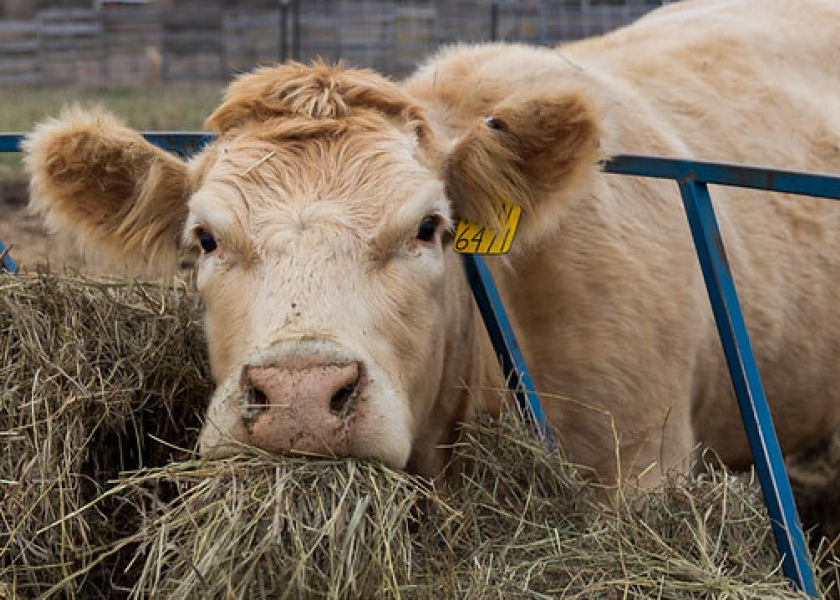 As the new year begins, often it is a time when people begin budgeting. In the cattle business, the drought of 2022 is influencing how producers are having to manage reduced access to feedstuffs, say the experts at Kansas State University’s Beef Cattle Institute on a recent Cattle Chat podcast.

“This year it is going to be hard to lower feed costs,” said Phillip Lancaster, beef cattle nutritionist. “In a drought year, there isn’t enough moisture to plant winter annuals and by now producers are likely out of native prairie pasture that cows can graze, so that leaves producers with no option but to supplement the herd with feed and hay.”

To address this challenge, Lancaster recommends producers assess their stockpiled feed resources and begin checking around to find the most economical feedstuffs to carry the herd through the balance of the winter.

“Give yourself time to find those deals so you can negotiate a good price instead of just taking what is available because you are out of feed,” Lancaster said.

He adds that producers need to look at the nutritional value of the feeds they are considering.

Also, veterinarian Brad White said that producers need to evaluate the dollars per pound of energy.

“There are a lot of different densities of energy and protein in the feed,” White said.

When transitioning cattle to different feeds, Lancaster said producers need to understand what type of carbohydrate is in the new and old feedstuff.

“As long as the type of carbohydrate is the same, the cattle can make the switch to the new feed fairly easily, but moving cattle from a fiber-based feed to a high-starch feed will create problems,” Lancaster said.

Regarding the type of forages to feed, Lancaster recommends producers test the quality of the hay before they purchase it.

“This is a year when testing the forage that you purchase will pay for itself so that you are able to negotiate a fair price and you’ll know what the cost per unit of nutrient is,” Lancaster said.

Also, the experts agreed that though it is labor intensive, limiting the number of hours in a day that cows have access to the hay is one way to reduce hay waste without negatively impacting the body condition score of the herd.

“With this strategy, producers put the cows in a dry lot and give them access to the hay for 8-12 hours a day and then fence them out the rest of the 24-hour period,” said Bob Larson, veterinarian. “If you are tight on forage resources, this may help extend them because the cows waste less hay.”

Lancaster said the type of feeder will also influence how much hay the cows waste.

“Cone-shaped feeders that keep the hay off the ground and force the cattle to take a bite at a time rather than feeders that allow them to put their head in the middle of the bale and toss the hay around,” Lancaster said.

If budgets are really tight, Larson said it may be time to consider culling some of the herd.

“I don’t want to feed animals that aren’t going to be productive, so this may be the time to cull the open and late-bred cows,” Larson said.