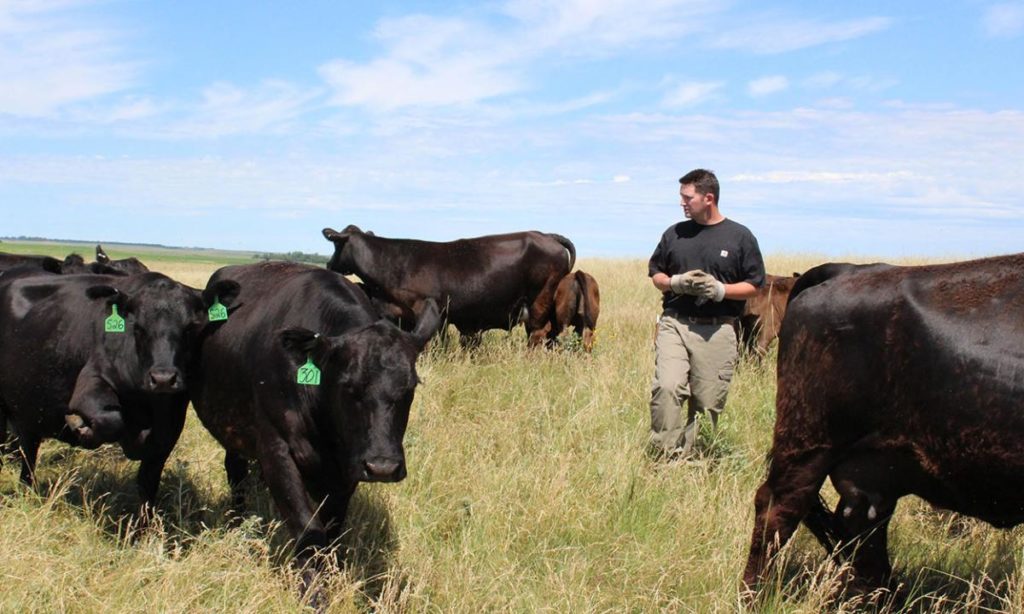 The land cover conversion from grassland to cropland in the west margins of the Corn Belt, especially in the Dakotas, has drawn widespread attention. The loss of grassland acres is associated with many negative environmental consequences, including increased soil erosion, downstream water pollution, loss of soil carbon and reduced wildlife habitat. Motivations underlying land use changes could vary, yet profitability is an important driver for producers’ decision-making (Wang et al., 2017).

By improving livestock carrying capacity and reducing feed costs, grazing strategies at greater management intensity have the potential to improve grass-based livestock production profits (Wang et al., 2018). Yet there was a lack of understanding towards the role of grazing management on producers’ land use decisions. During 2018, we administered a survey covering 49 counties in North Dakota and 58 counties in South Dakota, excluding only those counties primarily covered by forest and public lands. This study aimed to understand the role of grazing management intensity on producers’ land use decisions (Wang et al., 2021).

In practice, grazing management approaches are along a continuum of management intensity. Continuous grazing (CG) is a conventional grazing strategy under which livestock have unrestricted access to all grassland on a ranch throughout the grazing season. Rotational grazing (RG) typically refers to the practices using 4 to15 pastures per herd and keeping livestock in each pasture for “weeks to months” before moving them to the next one. Management-intensive grazing (MIG) involves more intensive management than RG in that it utilizes more paddocks per herd (16+) and emphasizes short grazing periods in the range of 1 to 14 days, followed by a grass recovery period of 20 to100 days.

Grazing Management Practices and Past Land Use Decisions

Figure 1 presents the percentage of CG, RG and MIG users under different grassland acreage change categories for the previous 10-year periods. Survey participants could select one of the five response options: decreased by >10%; decreased by 5 to 10%; about the same; increased by 5% to10%; and increased by >10%.

After controlling for the other potential influencing factors, such as land quality, regional factors, cattle sales, and liability ratio, grazing management intensity still plays a significantly positive role in producers’ land use decisions. This implies that, through improving the profitability of existing grassland, MIG will likely promote cropland to grassland conversion, thereby enhancing environmental and ecosystem benefits on marginal cropland.

Our findings show that producers who adopted high-intensity grazing management, MIG, were more likely to have expanded their grassland acres in the past and convert cropland to grassland in the future (Wang et al., 2021). Therefore, government programs that subsidize the adoption of more intensive grazing management will play an important role for restoring marginal croplands to permanent grassland cover and enhancing the environmental benefits across the west margins of the Corn Belt.

This work was supported by the National Institute of Food and Agriculture, U.S. Department of Agriculture, under award number 2017-67024-26279.