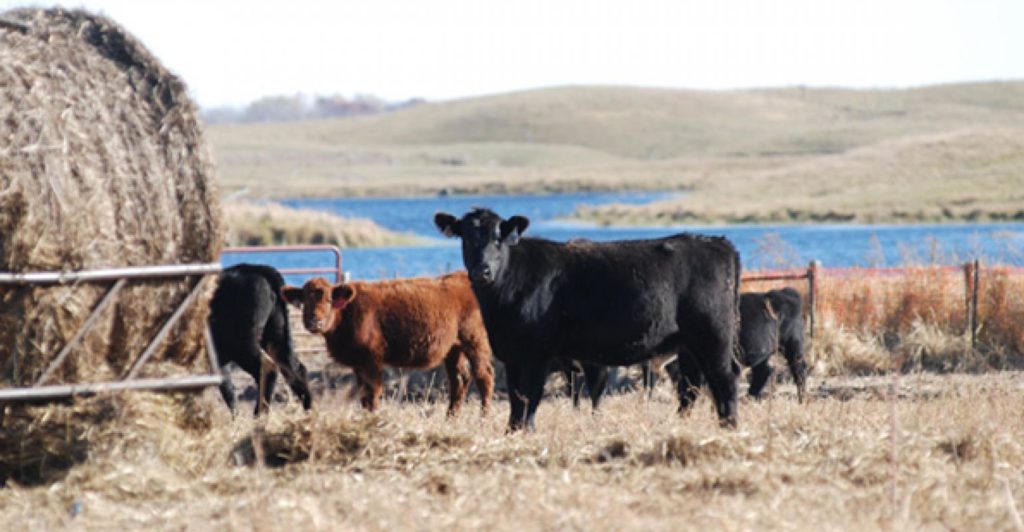 Why do we allow our operations to carry on with these bad habits when there are lower-cost strategies out there?

Long hay feeding seasons and long calving seasons are really the same problem. In the Twitter world, I think I am supposed to say: “That’s it. That’s the tweet.”

But for the sake of making a complete argument, let’s flesh this out. Long hay feeding seasons and long calving seasons really are just different manifestations of the same fundamental problem.

Admittedly, you can have one problem without the other. But in practice, it usually doesn’t happen that way. Most of the time, the same operations that have extended-length calving seasons have extended hay-feeding seasons.

Why is that? What in the world does calving have to do with feeding hay? As with most things in life, the problem starts with the person in the mirror.

How did we get here?

Long hay feeding seasons do not just happen. There are all sorts of strategies to extend the grazing season, even for the entire calendar year. In my home state of Missouri, it may be stockpiling fescue or grazing crop residues. In Mississippi, it may be seeding winter annuals or having some cool-season perennial forages on the farm. In Montana, it may be windrow or swath grazing.

The strategies vary. But why do we allow our operations to carry on with this hay habit when there are lower-cost strategies out there?

Long calving seasons do not just happen either. We know how to get bulls out of pastures, and we ought to know what happens if we don’t.

It is fundamentally, ipso facto impossible to have a long calving season without a long breeding season. We can even have a longer breeding season and still manage for a shorter calving season simply by marketing late-conceiving cows based on a pregnancy diagnosis. So why do we allow our herds to calve over months-long periods when there are more profitable strategies?

Without a doubt, logistics play into both hay feeding and reproduction: fence and stock water infrastructure, labor, previous management, and a host of operation-specific considerations. Ultimately, however, the root cause of a long hay feeding season or a long calving season is our own decision-making.

You might even say our human nature is to blame. We have a nasty habit of wanting a large number of animals, and we make animal numbers a goal in and of itself. Maybe it is ingrained into us from the days in which one’s “flocks and herds” were the primarily symbol of wealth. Perhaps we are just self-conscious about being perceived as “all hat and no cattle.”

Regardless of the reason, we seem to want more cows. As a result, we often keep cows around that really have no place on the operation.

If you are feeding hay for too long or calving for too long, the root cause is fairly straightforward: we did not cull cows we ought to have culled. A cow that conceives late is inherently less profitable. She will wean a younger and therefore lighter weight calf next year. She will also conceive late in next year’s breeding season if she conceives at all.

If she does breed back, the vicious cycle will just continue with another year of calving late, weaning a lighter calf, and having a higher likelihood of falling out of the herd. If we run the numbers on cows as if they were individual employees, we would find the revenue brought in by late-calving cows does not justify their “salary,” so to speak. We have better opportunities to reinvest the equity tied up in those cows and the operating costs tied up in carrying them all year long.

We use hay to run more cows than our land is capable of carrying in its current state. Maybe a long hay feeding season made sense economically in the 1970s, but it just doesn’t today. And it has never made sense ecologically; repeated haying year after year is about the most rapacious thing we can do to a grassland.

Carrying capacity of pasture and rangeland is not fixed, of course, and we can increase carrying capacity with management. But while I will concede that very few of us are overstocked relative to what the land’s carrying capacity could be, it is pretty hard to winter a cow on hypothetical forage.

Unless or until our management increases the carrying capacity of the land, the least profitable cows need to go find a new place to work for a living. Keeping them around just makes it more expensive to feed the entire herd.

What about economies of scale?

Scaling up an operation can make a lot of sense theoretically, spreading fixed costs like equipment and labor over more cows and reducing those costs on a per-cow basis. But is that what actually happens?

The human urge to acquire even more usually gets the better of us; we usually scale up our overhead costs right along with our cow numbers. Worse still, we usually stretch our resource base too thin and wind up with higher operating costs, usually manifest as an increased number of hay feeding days.

The wiser financial move is to get creative about cutting both overheads and operating costs, even if it means scaling down. Every piece of published literature I am aware of indicates that the effect of cow carrying costs on profitability is orders of magnitude higher than any effect of operation size.

Cow numbers are rarely the fundamental problem. If cows are generating net negative margins, that is not something you want to scale up. Having more cows that lose money just helps you lose more money faster.

Some would say they see their farming or ranching really as a more of a lifestyle than a business. I can appreciate that, and I realize it might make the financial drain of long hay feeding or long calving seasons less worrisome.

But if lifestyle is what you are after, is that really the lifestyle you want? Frankly, I can’t think of a worse lifestyle than feeding hay for five months of the year or letting calving season drag on and on. If you want to talk about quality of life, talk to ranchers who have their calving seasons and hay feeding seasons tightened down to 60 or even just 30 days.

The good news is that it is really not that hard to turn either of these situations around. In fact, it can even feel good.

Culling cows, you have an influx of liquidity from the sale of animals that might have actually been losing money. Moving to a shorter hay feeding season, you may be able to free up equity currently tied up in equipment, or hours and hours of labor currently tied up in hay production. I have yet to meet a cattle person who has made these changes and decided to go back to business as usual. They usually seem a lot less stressed too.

You don’t need to make the move to an ultra-short calving season or hay-feeding season all in one year. In almost every case, this is a multi-year process that will take planning and re-planning.

Jordan Thomas, Ph.D., is state cow-calf Extension specialist with the University of Missouri. Contact him at 573-882-1804 or thomasjor@missouri.edu. The opinions of the author are not necessarily those of beefmagazine.com or Farm Progress.

Let’s be Partners! Why not make it easy for our viewers to find you? We’d be happy to post your hot linked web banner on our site driving qualified customers and prospects to your business. That’s what networking is all about. Remember, a wise man once said, “Failure to advertise…