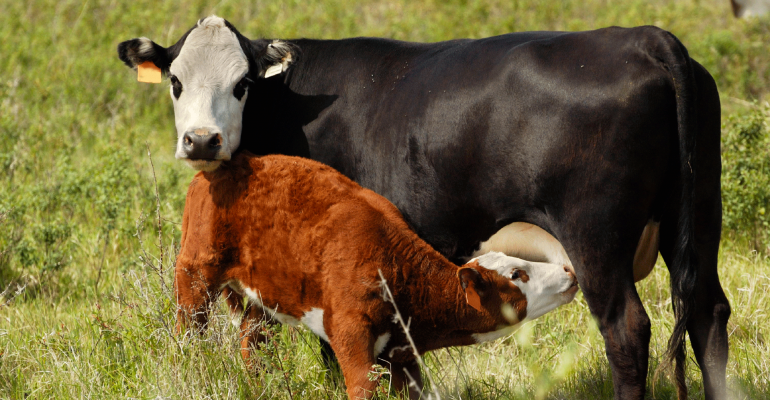 Crossbreeding: Yes, you should do it

While heterosis is extremely valuable, maximum heterosis is not the objective. Here’s some insight on how to do crossbreeding right.

In a number of my articles I have recommended taking advantage of heterosis or hybrid vigor. Heterosis is a typical result of crossing two or more different breeds.

For cattle producers it is best described as the positive difference in a performance trait of the crossbred animal compared to the average of the straightbred parent breeds.  Some geneticists have said that heterosis is really the recovery of inbreeding depression that has occurred over the years since distinct breeds were developed.

Related: Crossbreeding gets you more than just hybrid vigor

There are cattle breeders who argue that they can get some heterosis when crossing somewhat unrelated lines within a breed or crossing Red and Black Angus. That is probably true, but it does not yield nearly as much heterosis as crossing distinctively different breeds.

While heterosis is extremely valuable, maximum heterosis is not the objective. You want to combine breeds to achieve desired results. You may use breed complementarity so that a typical weakness in one breed can be improved by the strength of another—things like udders, disposition, marbling, hardiness, etc.

Research work done in the late 50s and the 60s with Hereford, Angus and Shorthorn provided wonderful information. Subsequent research has verified that those early results were accurate and still apply with other breeds.

When the crossbred heifer calves became cows and were mated to the third breed of bull, there was an additional advantage from the crossbred mother of about 13%. This came from additional fertility or conception rate and milking ability of the crossbred dam. The two advantages were additive, meaning that the three-breed cross calves yielded approximately 21% more pounds of calf than a similar number of straightbred cows from the same breeds would produce.

When I was first introduced to these data, I immediately started to outline the crossbreeding program that I would use when I became a manager. When, a few years later, I did become a manager, I discovered that it was a lot easier to draw those programs on a piece of paper than it was to put them on the ground.

It was then that I recognized that maximum heterosis is not the desired result. First of all, it’s impossible to achieve. Let’s illustrate.

It is often suggested that you maintain a straightbred herd from which:

The straightbred cows have “zero” heterosis; and it takes nearly 60 cows to adequately replace themselves and provide crossbred replacements for a crossbred herd of 40 cows.  If you cull all of the opens and dries and in addition cull for a few other things like lameness, bad eyes, bad udders, disposition, age, etc.; you will have trouble doing better than that. I know this seems wrong; but I just did the arithmetic, again, and its right. If you manage really well you might move in the direction of 50/50, but no better.

Most of the advantage of crossbreeding comes from the crossbred dam. To optimize heterosis in most situations it makes sense to use rotational crossbreeding or composites.

Rotational crossbreeding requires breed specific pastures which makes good grazing management more costly. Therefore, I like the use of composite sires which makes it possible to retain a good amount of heterosis yet still manage in one herd.

Using a three-breed rotation or a composite consisting of three or four breeds makes it possible to maintain 70-80% of maximum heterosis in each breeding female. This is far better than having no heterosis in 50-60% of your cows. If you reduce the number of breeds, heterosis will move in the direction of 50% of maximum or even lower if you let one breed predominate.

When selecting breeds for a maternal composite, you should select breeds that will blend to the biological type you want — considering things like size, milk production, structural soundness, udders, gut capacity, muscling, etc. Avoid extremes. One breed may complement or fix a typical weakness of another.

For example, if you know a breed in the composite has a tendency to bad udders, make sure you select well for that trait and that the other breeds in the composite typically have good udders. You may want to use the same approach for other traits—disposition, hardiness, marbling, size, horns, etc. Each breed has its share of poor animals; and each breed has some good ones. Select the good ones from each breed you use or make sure your seedstock supplier is doing that in the bulls he produces for you.

If you are buying bred cows to use for a terminal cross, you have the simple task of finding sires with reasonable calving ease, good growth and carcass traits. Naturally, the bull must be structurally sound.

Don’t miss out on nature’s lowest cost gift. It’s too bad that there aren’t more seedstock producers making good composite bulls and that more of you commercial breeders aren’t seeking the opportunity to take advantage of heterosis and breed complementarity.