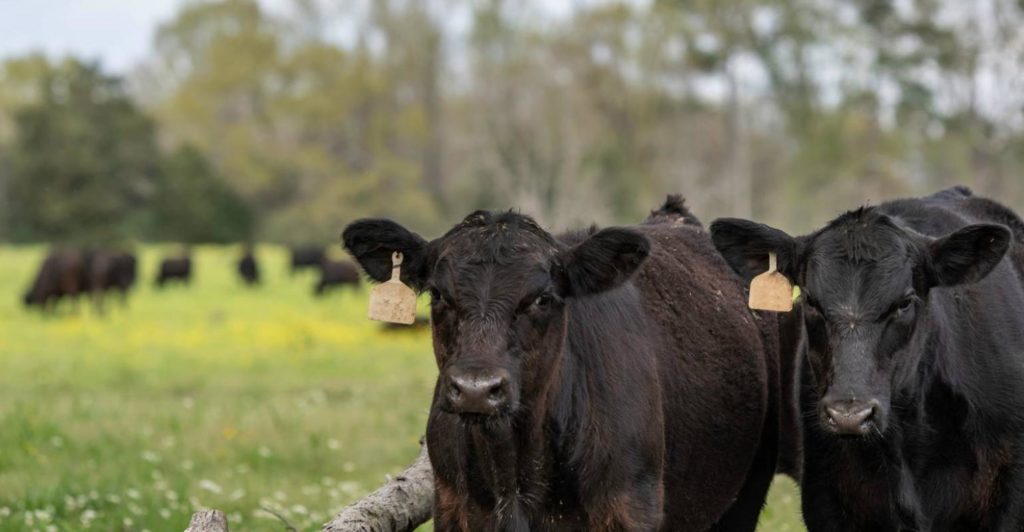 Researchers seek Hereford and Red Angus heifers to include in the trials.

You can’t sell a calf that’s never born. That’s why fertility is the most important trait in beef cattle because it all has to start with a pregnancy. A heifer that settles early in the breeding season and continues to have a calf on time every year is much better than a heifer that does not breed, breeds late, or has only one calf and then comes up open and must be replaced by another heifer that is expensive to develop.

There are a number of methods producers utilize in selecting heifers, but accurate tools to select heifers for fertility and early puberty have not been available—until now.

The University of Missouri is doing a research project looking into the genetics of fertility and heifer puberty, led by Jared Decker, state beef genetics Extension specialist. He recently received a grant from USDA-NIFA (National Institute of Food and Agriculture) and is recruiting 2,500 Red Angus heifers and 2,500 Hereford heifers for this research.

Jordan Thomas, state beef reproduction specialist in the Division of Animal Sciences at the University of Missouri, says reproductive performance is probably the most important trait in the cow-calf world. “We can do a good job of managing range and pasture, feeding cattle—and managing expenses—but if that cow doesn’t have a calf, we can’t stay in business.

A heifer needs to get pregnant as early as possible in her first breeding season to be a profitable investment. She will stay in the herd longer, on average, and wean more pounds of calf during her life span.

“Our research is trying to develop more precise ways of identifying heifers based on genetic merits for reproductive traits. To have heifers pregnant as early as possible in their first breeding, they must reach puberty before the breeding season. We can use certain protocols to help them out, but those protocols function best when most of the group has already attained puberty,” he says.

Current strategies for genetic progress in reproductive performance are limited. “The best tool we have is a heifer pregnancy EPD which is calculated as a yes or no: did she become pregnant after being exposed to a bull? That’s better than nothing, but doesn’t tell us whether she bred early or late,” says Thomas.

“We’re collecting pre-breeding information on a large group of heifers, to determine which ones have reached puberty by start of breeding season. We know the age on those heifers, so we can retrospectively determine which heifers are reaching puberty at younger ages, and collecting pregnancy information to know which ones are conceiving early.  We are also collecting a DNA sample, to look at the genomic associations.”

His team is recording other information at the pre-breeding exam, like pelvic measurement and reproductive tract scores.

Currently they are enrolling 2,500 Red Angus heifers and 2,500 Hereford heifers. “We already have information collected on several other breeds (Angus and Sim-Angus) but are still actively seeking Red Angus and Hereford producers who are willing to collaborate,” says Thomas

Some ranchers have noticed that certain family lines in their herds are more fertile than others, and it’s exciting to know that there might be tools in the future to aid in heifer selection. The researchers at Mizzou expect their project to help them better understand which genes control differences in puberty and fertility and hope to create DNA tests and EPDs to help beef producers select more fertile heifers.

Author:  Smith Thomas is a rancher and freelance writer based in Salmon, Idaho. The opinions of the author are not necessarily those of beefmagazine.com or Farm Progress.