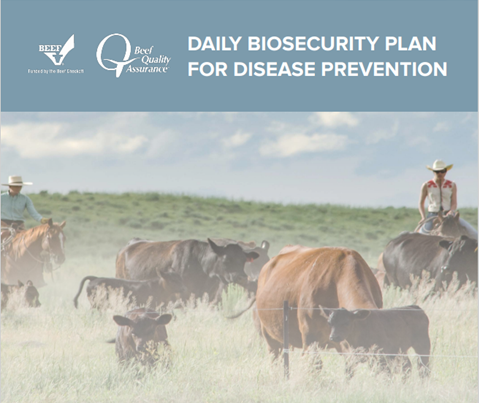 DENVER, December 14, 2020 – In support of cattle producers across the country dedicated to preventing disease, improving animal welfare and reducing production losses, the Beef Checkoff-funded Beef Quality Assurance (BQA) program developed a Daily Biosecurity Plan for Disease Prevention template. The template, which helps cattle producers implement daily biosecurity measures on their operations, is available digitally as a PDF or can be printed for handwritten plans.

The template was specifically designed to be customizable, giving producers flexibility in determining management practices that work best for their cattle operation and covers everything from animal movement to worker training. The goal of this introductory and stepwise program is to provide beef farmers and ranchers across the country with the information needed to implement biosecurity plans. In addition to providing basic information, the tool emphasizes why biosecurity is vital on cattle operations and provides an opportunity for producers to have conversations with their herd veterinarians, extension agents, and state BQA coordinators about biosecurity preparedness.

“Biosecurity is a top priority for the beef industry,” said Kim Brackett, an Idaho cattle producer and chair of the BQA Advisory Group. “This Beef Checkoff-funded tool allows beef farmers and ranchers to develop their own biosecurity plans unique to their operations. Whether a cow-calf operation in California, a backgrounder in Mississippi or a feedyard in Kansas, being proactive and developing a written plan ahead of a crisis allows producers to implement and become familiar with biosecurity precautions. Even more importantly, producers will be prepared if a biosecurity threat were to happen.”

The Daily Biosecurity Plan for Disease Prevention template was created in collaboration with the United States Department of Agriculture and its Secure Beef Supply plan. By intersecting these resources, producers that already have biosecurity steps in place for day-to-day operations are able to easily move to an enhanced biosecurity plan to prepare for a potential foreign animal disease outbreak.

For more information about BQA and the BQA Daily Biosecurity Plan, visit BQA.org

About the Beef Checkoff
The Beef Checkoff Program was established as part of the 1985 Farm Bill. The checkoff assesses $1 per head on the sale of live domestic and imported cattle, in addition to a comparable assessment on imported beef and beef products. States may retain up to 50 cents on the dollar and forward the other 50 cents per head to the Cattlemen’s Beef Promotion and Research Board, which administers the national checkoff program, subject to USDA approval. 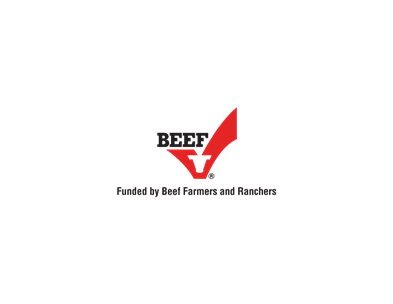