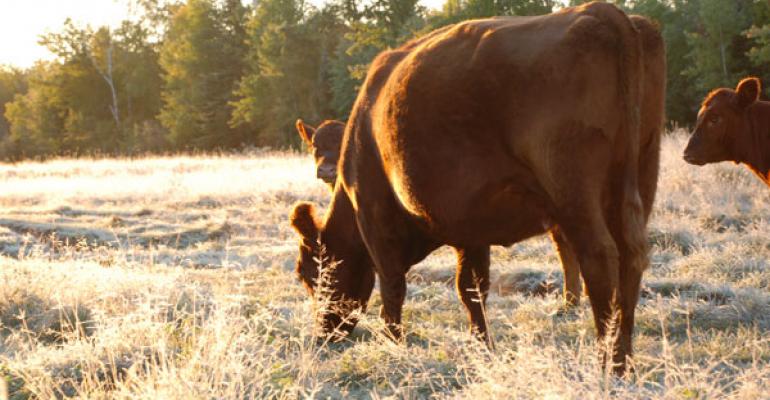 In my previous two articles, I have suggested that we should let nature and the bulls select our replacement heifers by exposing them for a very short season—24-30 days. We then cull cows that are open, dry at the end of calving, raise a poor calf, have poor dispositions, need attention for problems or are ugly (your definition).

I also suggested that selecting heifers and culling cows this way would have a much bigger economic than genetic effect but would make slow genetic progress. You should plan to get most genetic change through the bulls you use. I further suggested that many commercial breeders are using bulls that are “undoing” much of what they are trying to do with culling practices.

Related: Are your replacement heifers reaching their profit potential?

I have been asked about using EPDs and genomics in the selection process. Since my attention has been primarily focused on making good cows, I have not relied heavily on either. However, I know they work; and yes, I use them.

I just happen to think that too many breeders have used them incorrectly, not recognizing that genes seldom, if ever, work independent of each other. And then there are all the epigenetic effects, which no one fully understands, that further modify gene expression.

Related: How to hire the right replacement heifers for your job

As a result of past breeding decisions, we have a lot of marginally fertile cows that are too big, give too much milk and have to be fed too much to achieve good pregnancy rates. Good cows for a terminal breeder are the same as good cows for a maternal breeder. It’s just the bulls they use that are different.

If you want to be a low-cost operator and achieve good conception rates with very acceptable weaning weights and yearling gain, you will cull females that don’t fit the expected timing for pregnancy and that have other problems. Then you choose bulls that will slowly correct herd deficiencies. By doing this well, cow size and milking ability will come to fit your management and environment.

A couple of years ago I met Glenn Barlow who ranches near Gillette, Wyo. I was intrigued because of the way he grazes, the way he breeds cattle and because he seldom feeds hay in a northern Wyoming winter.

Glenn is a commercial breeder with Red Angus-based cows. His calving season starts in late May. He leaves calves with their mothers until February. He feeds no hay. The only supplements are a mineral fed year-round which has biuret added as a protein source from late fall to early spring.

Glenn raises all of his own bulls, but occasionally AIs part of his herd to an outside bull, usually of a different breed makeup, to inject something he thinks his cow herd lacks (inherent body condition, fertility, durability and disease resistance) and to increase heterosis.

Glenn tries to follow a plan developed by Johann Zietsman, originally from Zimbabwe, who has developed cattle to thrive in tough conditions and high stock density grazing. Glenn’s grazing is somewhat less intensive.

I know several people who are using some of Zietsman’s recommendations, but no one comes as close to completely following them as Glenn does. He told me that he had tried for years to breed cattle that would function and reproduce well in his environment under his low-input management with only moderate success. He feels like he now is becoming successful in making very good cows.

How does Glenn find the “elite” cows or those from which he will select bulls? To start the program, he had to select those cows that calved in the first cycle.

But, since he started this selection method, he puts a couple of his best bulls with his two-year-old heifers as soon as they start to calve. This is done to measure a true reproductive and genetic calving interval between the first and second calf.

Bull selection begins by leaving all bull calves intact that are born to the elite cows. At very close to one year of age, the bulls are weighed and hip heights are measured.

I might use a little different approach to this ratio than Zietsman. It appears to me that the relationship of hip height to projected mature weight is a linear projection. Therefore, one might more easily use “weight per inch of height” as an acceptable ratio. I have a friend that just finished calculating both ratios, and the ranking of bulls from top to bottom was the same for both.

Based on that ratio, Glenn selects a bull for every 10 yearling heifers. He exposes every heifer—none are culled as calves. When the heifers calve as two-year-olds, he takes DNA samples to determine the sire of each heifer’s calf and ranks the bulls from most to fewest calves sired. By this time, the bulls are two years old and a few more are culled depending on the need for natural service bulls.

With two pieces of information on these bulls—yearling to mature weight ratio and number of calves sired as yearling bulls (only yearling bulls were used on yearling heifers), he may choose one of those bulls, collect semen, synchronize his cows and breed them all to that one bull. But only one or two years, then another bull in subsequent years. Seldom is any bull used for more than three breeding seasons including the yearling year.

It is interesting to note that yearling and two-year old heifers are bred by natural service. Only the main herd consisting of cows three years old and older are synchronized and bred artificially. This is appealing to me because you get the two- to three-year-old calving interval without any effect (positive or negative) that the synchronization drugs might have on normal fertility.

It is very appealing to me to use bulls born to cows with a very short first- to second-calf interval that have very good weight to height ratio and sire a good number of calves at a year of age. It seems that those selection steps will put pressure on male and female fertility, structural soundness and early life growth and capacity.

Teichert, a consultant on strategic planning for ranches, retired in 2010 as vice president and general manager of AgReserves, Inc. He resides in Orem, Utah. Contact him at burketei@comcast.net.