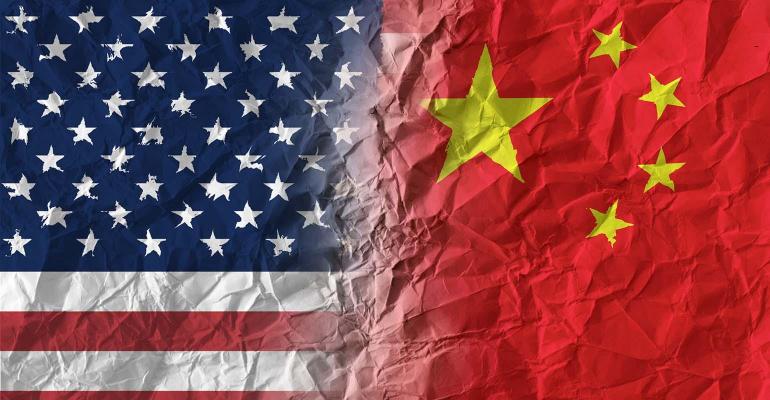 Without question, 2019 and 2018 have been bears for agricultural producers. It’s been a tough run, and at every conference I attend and speak at, the general sentiment seems to be, “2020 has got to be better.”

And this year, producers may be asking Santa for some pretty specific presents that can’t be wrapped with a bow and placed under the Christmas tree.

While some of these gifts may be hard for the jolly old man from the North Pole to deliver, we have received some good news that alleviates some of the stress and market uncertainties from our nation’s ongoing trade wars. This news has arrived just in time for Christmas, and it’s certainly a present worth unwrapping.

First, in early December, Japan signed a pact that would decrease tariffs and increase beef exports.

Dan Halstrom, U.S. Meat Export Federation president and CEO, reacted to the news saying, “This agreement is one of the biggest developments in the history of red meat trade, as no international market delivers greater benefits to U.S. farmers and ranchers, and to the entire U.S. supply chain, than Japan.”

In case you missed it, BEEF Senior Editor Burt Rutherford reported on the details of this agreement.

Rutherford reports, “With the approval by the Diet, Japan’s upper legislative chamber, the bilateral trade deal with the United States will gradually lower the tariff on U.S. beef from 38.5% to 9%. This will keep U.S. beef on a level playing field with imports from Australia, Canada, Mexico, and other countries. Japan is the largest export market for U.S. beef, accounting for approximately $2 billion in sales per year, according to USMEF.”

Second, in recent news we have learned that China and the United States have agreed to a phase one trade deal.

“The announcement of a phase one deal with China is welcome news for the U.S. beef industry,” said National Cattlemen’s Beef Association CEO Colin Woodall, in a press release. “While we wait to learn more about the details of the agreement, we are optimistic that this positive news will bring long lasting relief to farmers and ranchers who have been targeted with China’s retaliatory tariffs for many months.

“While tariffs grab most of the headlines, China’s unjustifiable non-tariff barriers and restrictions on science-based production technologies must be addressed so that Chinese consumers can enjoy the same high-quality, safe and sustainably-produced U.S. beef that Americans have enjoyed for decades,” Woodall said.

We encourage the Trump Administration to keep working with China to establish meaningful market access and rules of trade based on market demand and science, most importantly. This is an important step forward and something that both countries must build on for our mutual prosperity.”

At press time, President Trump had signed the deal with China. As reported by Bloomberg, “President Donald Trump signed off on a phase-one trade deal with China, averting the Dec. 15 introduction of a new wave of U.S. tariffs on about $160 billion of consumer goods from the Asian nation, according to people familiar with the matter.

“Global stocks hit a record high for the first time since early 2018 and bond yields climbed on optimism over trade. On Thursday, Trump tweeted that the U.S. and China are “VERY close” to signing a “BIG” trade deal, also sending equities higher. The yuan surged the most in a year, rising above 7 per dollar.”

If good news like this continues to roll in, 2020 may look very bright indeed! Ranchers are notoriously optimistic and resilient; if we can hang on through the lean times, the good times are that much more enjoyable. Here’s hoping!

The opinions of Amanda Radke are not necessarily those of beefmagazine.com or Farm Progress.