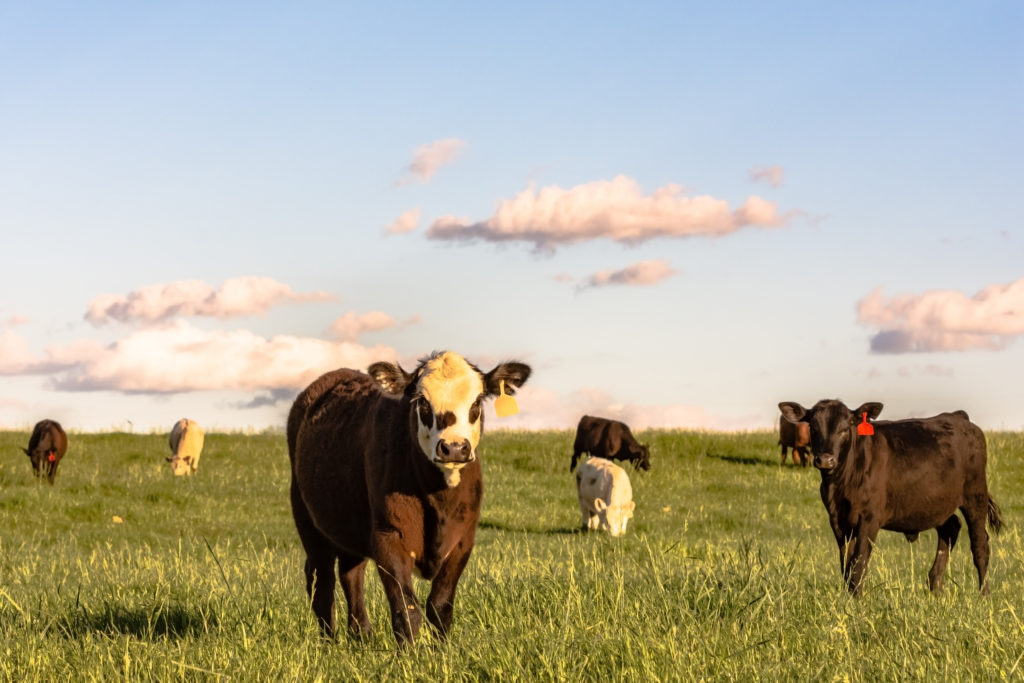 Calves are weaned to make sure that cows can recover their body condition before heading into winter, and to allow for specialized feeding of those calves. The abrupt separation of calves from their dams is the most common approach to weaning, but it’s also the most stressful, and calves that experience a lot of stress under perform.

Which Method is Best for My Operation?

The following table outlines the requirements, advantages and disadvantages of each low-stress weaning method.

It’s easy to see why weaning is stressful on calves; sudden deprivation of milk and social contact with mothers, being handled for vaccinations, changes to feed and water sources, and transportation to a different environment with unfamiliar pen mates is a lot for young animals to cope with. The stress calves experience through weaning depresses their immune systems, making freshly weaned calves the most susceptible to bovine respiratory disease (BRD) infections. Stressed calves also have lower feed intakes. Listening to their bawling, seeing them pace in their pens and dealing with sick calves is no doubt stressful on producers too.

Understanding the principle of low-stress weaning allows producers to wean calves in the ways that work best on their operation while enjoying the benefits of reduced disease incidence in calves, reduced costs and time spent on treatments, better weight gain, and a quieter barnyard.

Low-stress management ideas are not only relevant to those who retain ownership of fed calves. For producers that sell direct to backgrounders or feedlots, practicing low-stress techniques can help build a reputation for easy-doing, healthy, high-preforming calves worth a premium. Minimizing stress during weaning is not only more profitable in the long-run for cattle producers, it is also attractive to consumers. Consumers are increasingly concerned about the welfare of livestock and the use of antimicrobials.

Low-stress weaning techniques are key to supporting welfare and disease prevention in freshly weaned calves, thereby reducing the need for antibiotic treatments. The Code of Practice for the Care and Handling of Beef Cattle recommends developing a weaning strategy that minimizes stress, such as two-stage or fence-line weaning. These practical weaning methods more closely imitate the natural weaning process where a cow rejects a calf’s attempts to nurse.

Quantifying Stress in a Beef Animal

In a research setting, hormones, such as cortisol, can be measured to estimate stress levels. If a spike in the amount of cortisol is found, it is generally accepted as an indication that a stressful event has occurred. However, producers don’t have the means to measure cortisol levels, so they must rely on other indicators. Usually, animal behaviour is examined for signs of stress. Increased vocalizations, and the amount of time spent eating versus amount of time spent walking or pacing are common behavioural indicators of stress. While these methods would have to be evaluated subjectively on-farm, there are objective, scientific measurements of these behaviours that can provide insight into the amount of stress an animal may be experiencing.

In Stage 1, calves wear anti-suckling nose-paddles. The nose-paddles allow the calves to stay with their dams but stop them from nursing. Calves wear the nose-paddles for 4-5 days and the nose-paddles are removed before the calves’ noses get sore. When the nose-paddles are removed, the calves are also separated from the dams, i.e. Stage 2. This weaning method requires an extra trip through the chute, unless the tag removal is coordinated with another handling event.  Research by Dr. Derek Haley, a veterinarian and assistant professor at the Ontario Veterinary College in Guelph, found that calves that underwent two-stage weaning with anti-suckling nose-paddles vocalized 97% less, spent 30% more time eating, and walked 73 kilometers less than their abruptly weaned counterparts. In addition, the dams of the two-stage weaning calves vocalized 84% less.

While there are some perceptions that two-stage weaning is more suited to smaller beef herd operations, producers with anywhere from 300 head to 1,100 head of calves to wean say the extra time and management to attach and retrieve nose-paddles is worth the effort. Producers have reported by their own observations of improved performance and health of the calves compared to abrupt weaning. Read more here.

Further research is exploring whether calves that are weaned using the two-stage process experience measurable health benefits at the feedlot level. Just like stressed humans, stressed cattle are more susceptible to disease, so reducing stress should have positive benefits on animal health.

Fence-line weaning is nearly as effective as two-stage weaning at reducing signs of stress. With this method, cows and calves are separated by a fence but can still see, hear, and smell one another, and preferably also have nose-to-nose contact. Dr. Haley’s research found that calves that were fence-line weaned vocalized 50% less, walked less, and had higher weight gains in the first 10 weeks after separation than abruptly weaned calves. There are a number of ways to set up a fence-line weaning program depending on a producer’s existing facilities. Regardless of the details, cows and calves should be kept apart for at least 3-4 days and fencing must be sturdy. Page wire or 6 strands of barbed wire may be necessary to keep calves from getting back with their mothers. If calves are familiar with electric fencing, 2-3 strands of electric wire may be enough.

Dr. Henry McCarthy, a practicing veterinarian and cow-calf producer from Wawota, Saskatchewan has been observing the benefits of various low-stress weaning techniques for over 20 years and uses fence-line weaning with his own cattle. His experience is that calves weaned using low-stress practices have a treatment rate of only 5-10%, instead of the 25-30% seen in abruptly weaned calves.

There are a number of ways to set up fence-line weaning, such as:

Practicing quiet handling methods, including loading and unloading trailers, is key. When handlers are quiet and move carefully in well-designed facilities, cattle remain calm. A stressful handling experience while weaning calves can undo the benefits you would have seen otherwise seen by using low-stress techniques.

Make feed and water sources available to calves before they are separated from their dams. That way calves will already have learned where to find feed and water once their dams are removed.

Perform other stressful events at another time

The number of stressors animals experience at a time should be limited as much as possible. Castration, dehorning, branding and initial vaccinations should all be done well in advance of weaning. If possible, save the second round of vaccinations until after weaning. Veterinarian Dr. McCarthy admits that giving boosters 4-6 weeks after weaning “sounds bonkers” but insists that it works.

When possible, move the cows instead of the calves

Being transported or moved to a new environment is stressful on calves so when possible, allow the calves to stay in their familiar environment and move the dams. Older cattle are better able to cope and have fewer sources of stress during weaning compared to the calves.

The latest Western Canadian Cow-Calf Survey (2017 calf crop) indicated that over 34% of respondents used fence-line weaning, and almost 12% used two-stage weaning.  Compared to the last survey on the 2014 calf crop, the use of fence-line weaning has increased by over 10%, and the number of producers using two-stage weaning has almost doubled. The most common reason given for the high proportion of continued use of traditional separation or abrupt weaning was that calves are marketed at, or shortly after, weaning.